Why Are Countries Pulling Their Gold Out of America?

You are here:
Uncategorized 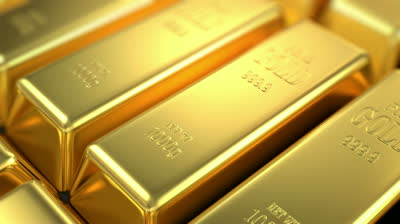 In the past, nations from across the globe have stored their gold at the Federal Reserve Bank of New York for numerous reasons;  during World War II Germany confiscated as much gold as they could from nations they occupied, other vulnerable nations anticipated by shipping their gold to the US;  after World War II there was the threat of the USSR to seize sovereign gold reserves as spoils of any Cold War action; under the Bretton Woods System (1944 -1971) it was agreed the US dollar was the world reserve currency, backed by gold. It was thus convenient to store gold in New York for trade settlements.
In the aftermath of the financial meltdown in 2008 central banks again realized the importance of gold as an anchor in the monetary system; European central banks stopped selling gold; Asian and South-American central banks increased official purchases, and central banks from all continents are now beginning to worry if storing gold in America is wise with the current global financial crisis at hand.
Edmund Moy, former Director of the United States Mint, quoted on June 13, 2014: “Finally, more countries are repatriating their gold. For them, an audit is not enough. They would like their gold back. Azerbaijan, Ecuador, Iran, Libya, Mexico, Romania and Venezuela is a short list of countries that have requests into their custodians to transfer some or all their gold back to their countries.”

The world is loosing faith in America!  Starting with Germany, then Holland, and Austria, and now even Texas has enacted a Bill to repatriate $1 billion of gold from The NY Fed’s vaults to a newly established state gold bullion depository… state Rep. Giovanni Capriglione said
“People have this image of Texas as big and powerful … so for a lot of people, this is exactly where they would want to go with their gold,” and the Bill includes a section to prevent forced seizure from the Federal Government.

The prospect of the dollar collapsing has seen even states taking defensive measure against the dollar, loudly expressing lack of faith in our government as they too ask for their gold back. Texas being the first state now to call for its gold to be pulled out of the Federal Reserve.
Texas is the only state that actually owns a significant position in real physical gold, reportedly 650 million ounces of physical precious metal.  Today being stored at a New York bank, apparently have reopened century-old fears about the trust and stability in currency not backed by gold.

A new law signed by Governor Greg Abbott, allows the state of Texas to hold its gold in the state in its own depository verses having it held by the Federal Reserve. This is another declaration by a United States congressman about the trouble the American economy is headed for. The idea behind this law is to provide security to the state of Texas and its citizens by ensuring financial stability no matter what happens to the financial system by holding physical gold.

“The Texas Bullion Depository,” Abbott said in a statement, “will become the first state-level facility of its kind in the nation, increasing the security and stability of our gold reserves and keeping taxpayer funds from leaving Texas to pay for fees to store gold in facilities outside our state.” Soon, Abbott’s office said, the state “will repatriate $1 billion of gold bullion from the Federal Reserve in New York to Texas. This new depository will not just be a guarded vault facility to store that bullion. The Governors new law calls for the creation of an electronic payments system that will permit gold, silver, platinum, palladium, and rhodium depositors to write checks against their accounts, making the depository into a bank that will create a gold-backed money supply intended to challenge the paper currency being devalued by the  Federal Reserve . And in case the Fed or Obama wants to confiscate Texas’s gold, its not gonna happen says Texas. The new law also explicitly declares that Obama, the Fed, absolutely no “governmental or quasi-governmental authority other than an authority of [Texas]” will be allowed to confiscate or freeze an account inside the depository. Gold that’s belongs to Texas will remain in Texas according to the Gov. Abbott.

“I think Texas is once again showing they’re ahead of the curve,” explains James Rickards, author of the 2014 book “The Death of Money: The Coming Collapse of the International Monetary System.” ”They’re not waiting for the disaster, but preparing for it.”

Perhaps these nations see a terrible financial war in the forecast or they don’t trust America to hold their gold any longer because we simply have bad credit. Many have suggested theses nations simply do not want to be on the phone with Washington after the global markets collapse, asking for their gold back. It seems logical to say that if their must be some serious reason why for the first time in 15 years we are seeing gold by the tons being pulled out of the New York vault due to lack of confidence in our economy and government. Below are some recent reparations that have been reported.

If these countries are worried about investing their savings in the U.S. banks, shouldn’t you be as well?
Nations across the globe are not only de-dollarizing in way that seems as if they are boycotting the dollar, but also asking the U.S to send their gold back home. These nations obviously find security and peace of mind having tangible currency in their hands and not a piece of paper with a mere promise of value written by a bankrupt government. Shouldn’t you treat your household and investment portfolio as your own individual sovereign government? Provide yourself the same security and peace of mind that even many countries are holding onto dearly, invest in gold!

If you share some of the same worries and lack of confidence in the Untied States fiscal health like many countries, corporations and even institutions do, then take action and call now! A Capital Gold Exchange representative is standing by to assist you. We are here to serve you and help you reach the level of financial protection that is necessary in today’s dangerously unstable economy. Call CGX and we will walk you through the process of securing your portfolio with physical gold or silver. With CGX we make buying gold easy, affordable, and discreet.

Venezuela
Venezuela that has the 15th largest holdings in the world, according to the World Gold Council, held 211 tons of its 365 tons of gold reserves in U.S., European, and Canadian banks as of August, 2011. President Hugo Chávez in August 2011 ordered the central bank to repatriate the country’s gold reserves as a safeguard against instability in financial markets. By January 30, 2012, within two months, Venezuela had brought 160 tons of gold valued at around $9 billion back to Caracas, Venezuela.
The President of Venezuela’s central bank, Nelson Merentes said Venezuela will leave about 15 percent of its reserves, or around 50 tons, outside of Venezuela for financial transactions. On Jan. 3, 2012 this quantity was modified to 15 tons.
A central bank report released in August showed that Venezuela held gold reserves with the Bank of England, JPMorgan Chase & Co., Barclays Plc, and Standard Chartered Plc among other banks.
“This was the largest type of operation to transport this type of metal in the last 15 years,” Merentes said. “The repatriation of our gold was an act of financial prudence and sovereignty.”

The Netherlands
In November 2014, The Netherlands repatriated 122.5 tons or almost 4 million ounces with a market value of US$5B of Dutch gold from the Federal Reserve Bank of New York (FRBNY) back to Dutch central bank (DNB) in Amsterdam. This will reduce the exposure of the Dutch Central Bank to the US financial system to just 31% of its gold, stored in the vault of the Fed, down from 51%. Also of note is that the Netherlands and Germany used a different approach. Whilst Germany widely publicized its attempt to repatriate the gold, the Netherlands was more discrete, repatriating it before announcing the fact. Netherlands repatriated a large part of the gold which was stored in New York but did not touch gold stored in Canada and London.
The Netherlands (and likely Germany as well) made concrete plans in 2012 to switch to a new currency in the event that the euro crashed. Not long after the emergency currency (Florijn) was ready the Dutch began repatriating 122.5 tons of gold from New York. This may be very important as there is still a possibility the Euro crisis will ignite again.

Germany
In January 2013, The German central bank announced plans to repatriate 300 tons of its’ 1,500 tons of gold from the US and 374 tons from France by 2020, in order to have half (1695.3 tons) of its official gold reserves stored in Frankfurt. The gold in the U.S. was earned by West Germany through trade surpluses in the 1950s and 1960s and never moved it out of the United States due to fear of invasion by the Soviet Union. In 2013, a mere 5 tons were shipped due to logistical difficulties; However, in 2014, the Bundesbank shipped 85 tons of gold from New York (and 35 tons from Paris) to Frankfurt. The plan halted in 2015 as German politicians decided their gold “is safe in American hands”.

France
Marine Le Pen, leader of the Front National party of France, penned an open letter on Nov 26, 2014 to Christian Noyer, governor of the Bank of France, requesting that the country’s gold holdings be repatriated.

Belgium
In an interview with Belgium broadcaster VTM Nieuws Sunday, Luc Coene, governor of Belgium’s central bank, confirmed that the bank is looking at how they can bring their gold reserves back into the country.
According to IMF data compiled by the World Gold Council, Belgium holds 227.4 metric tons of gold, representing 34.2% of its official foreign reserves. According to reports, most of the gold is held outside of the country with the Bank of England, the Bank of Canada and the Bank for International Settlements.

Switzerland
Save our Swiss Gold motion was a citizen movement that called for the central bank to hold at least 20 per cent of its assets in gold, prohibit selling any gold in future and bring all its reserve of gold back in the country. This referendum was held on November 30, 2014, but was lost.

Austria
Austria currently holds 80% of their 280 tons of gold in London, 17% in Austria, and 3% in Switzerland. Citing a need for risk diversification, Austria announced they will be repatriating gold from London during 2015. After the repatriation process has completed, 50% of Austria’s gold will be held in Austria, 20% in Switzerland, and the remaining 30% in London.

India
India’s central bank bought 200 metric tons of gold from the International Monetary Fund in 2009, in the first major move by a major central bank to diversify its foreign-exchange reserves.

Mexico
In 2011, Mexico has quietly purchased nearly 100 tons of gold bullion, as central banks embark on their biggest bullion-buying spree in 40 years. China, Russia and India have acquired large amounts of gold in recent years, while Thailand, Sri Lanka and Bolivia have made smaller purchases.

Bangladesh
On September 9, 2010 The International Monetary Fund (IMF) announced the sale of 10 metric tons of gold to the Bangladesh Bank, the central bank of Bangladesh.

Gold has outperformed the Dow Jones and the S&P. Since 1971 when Nixon took America off the gold standard allowing the Fed to print greenbacks, inflation has been diminishing the power of the dollar. Today the dollar will only buy one-sixth of what it would get you in 1971.
The Dow percentage gain for that time frame was approximately 1,500% while the physical Gold percentage gain for that time frame is approximately 3,300%.

Which one would you choose?

Protect your assets today; get your free investor gold kit!

Get Seven Secrets To Buying Gold And Silver!